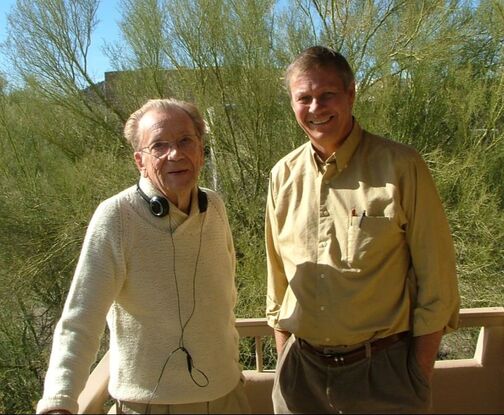 The G R Building Systems company began when Don Grieb AIA shared his remarkable building system with Daniel Dwyer in hopes for a better and more sustainable future. Daniel Dwyer was one of the first Green Builders in Scottsdale and Don felt he was the perfect candidate to advance his unique building system. Don’s patented building system eliminated the need for wood framing and drywall, and these two materials along amount to a ever increasing carbon footprint. Old growth timber is disappearing from around the world and gypsum production utilizes vast amounts of water and energy. Our goal at G R Building Systems was to develop and improve the work Don had begun and to obtain International Code Compliance approval to build in all regions of the country and around the globe. In 2005 G R Building Systems built a number of prototype buildings and began environmental and structural testing. From 2006 to 2009 a number of building projects were completed in the Phoenix area and steady progress had been made, however the crash of 2008
proved to be a formidable roadblock. The belief that Don’s building system would be a wonderful addition to the growing alternative
building systems on the market kept the dream alive and in 2015 work began again. Funding was now available for full scale testing and new materials became available to greatly enhance the strength and longevity of the building system. And, in March of 2021 the Evaluation Services Report was awarded to G R Building Systems, LLC

​How is the GR Building System different?

The most common mistake when viewing the Green Rhino Building System is that it looks like an Insulated Concrete Form system (ICF). The full-scale testing that was recently completed to meet the International Code Requirements was developed for testing a Hybrid Structural Insulated Panel Systems (SIPS).  These systems are referred to as Structural Cement Insulated Panel Systems (SCIPS)
The G R Building System is however different.  G R Building Systems is a stress skin unitized-structural system that can be best described as an exoskeleton building system with the structural elements on the opposing surfaces, where a wood frame house has the structure in the wood walls and roof trusses, the Green Rhino Building System has the structure in the cement like material on the inside and outside surface of the foam (EPS) walls and foam roof systems. This unique Engineering design enables G R Building Systems, LLC to build a structure with no wood or steel framing and eliminates the need for drywall. The anchor wall assembly is a first course of G R Anchor Wall foam panels bonded to the foundation with small concrete and steel columns. The second, third and fourth courses of G R foam wall panels are solid G R foam panels that come 48” tall and varying lengths up to 24’.  The walls adhere to the anchor wall with a G R approved adhesive and are cut to length with hot wire cutting tools provided by G R Building Systems.  After interior and exterior walls are cut to designed heights, adhered together and leveled, the    G R Roof System is adhered to the walls.  Sloped, flat, barrel vaulted, gable, hip and many other roof designs may be utilized with the G R Building System. Beams and trusses may be incorporated for load bearing or decorative elements. Grouted columns are placed at the load bearing locations for beams and trusses.  Upon completion of the G R Foam Shell, windows, doors, plumbing, wiring, and backing for cabinets and HV/AC are installed with the aid of wire cutting and grooving tools. After the completion of the appropriate building inspections, removed foam is adhered back into plumbing and wiring chases. After glue has cured, the surface is sanded smooth and readied for the G R Hi-Impact Fiberglass Mesh.  The mesh which is stapled to all surfaces interior and exterior adds to the G R Building Systems superior strength over conventional and other alternative building system. The G R Structural Cement is applied to all surfaces of G R Foam, either by spray or hand trowel method. This unique blend of cementitious ingredients has been developed over many years of testing & development and is one of the key elements to this unique building system. It has been tested for hurricane and tornado winds, salt spray, freezing, thawing, and many other environmental issues. Because we have eliminated the wood and drywall from this system, it has little problem with mold and mildew build-up. The Green Rhino Shell is now ready for finish materials.  Colored synthetic stucco, cultured stone, cement board siding and many other materials may be added to the G R exterior. The interior will accommodate venetian plaster, gypsum, or cement plasters, stone or tile and many other materials. The Architectural design potential of this unique building system is almost limitless.